"…internal reform of what is now being done hectically…
We can be neither Oxford, nor Harvard. But we can do a lot.
… We set internal standards and we follow them strictly."
Professor Bogdan Bogdanov,
Founder of New Bulgarian University

Do our practices conform to our guiding principles and the promises we have set for ourselves?

1. Definition
ISO 19011:2018 defines an audit as a "systematic, independent and documented process for obtaining audit evidence (records, statements of fact or other information which are relevant and verifiable) and evaluating it objectively to determine the extent to which the audit criteria (a set of policies, procedures or requirements) are fulfilled."


2. Purpose
The Internal Audit System aims to evaluate the work of the journal in applying its policies and procedures. The overall evaluation comprises a quality analysis of the current state-of-affairs of the journal. This relates to evaluating performance quality in editorial duties, while providing recommendations for quality improvement in the editorial work.

The specific aim of the audit is to identify strengths and weaknesses, which consequently will be used to devise an action plan for improvement of the journal.


3. Scope
- Process Audit - verifies that processes are working within established limits. It evaluates our operations against predetermined policy and standards to measure conformance to these standards and the effectiveness of the policies - check conformance, examine the resources (equipment, materials, people), check the adequacy and effectiveness of the process, etc.

- System Audit - conducted on a management system, including quality management system audit, is understood as a documented activity performed to verify, by examination and evaluation of objective evidence, that applicable elements of the system are appropriate and effective and have been developed, documented, and implemented in accordance and in conjunction with specified requirements.


4. Auditing period
Internal audit is performed every second year.
The auditing process starts on 1st of January (the first audit is in 2021) and continues for one year. The auditing process ends with the publication of the results from the audit as an editorial article (assigned a DOI number).

5. Election of an auditor
A current member of the Editorial Board, having held their position for no less than a year, will perform the internal audit. The current Editor in chief and the Managing editor can not be nominated as auditors.

A call to nominate an auditor is announced publicly in mid-December on the web site, through the mailing list, and on social media channels. The result is published in the issue of the journal immediately preceding the audit, i.e. the December issue.

The mandate is awarded immediately after the election, concluding with the publication of the evaluation results.

Тhe name of the auditor for each audit round is publicly announced on the web site.

6. Schedule
- Call for nominations is made in mid-December - on the web site, through the mailing list, the Facebook group, Twitter, and other social media channels.
- Call is published in the December issue of ESNBU.
- Nominations acceptance - by 31 December.
- Elections are held in the first week of January and the mandate is awarded.
- Auditor’s name is published on the web site
- Auditor prepares and initiates the auditing process by the end of January.
- Audit continues until the end of November.
- Report preparation is followed by publication in the December issue.
- Action plan is prepared based on the published results of the audit.
- Action plan is implemented during the following year.
- New internal audit is conducted during the second year.

7. Rights and duties of the auditor
The evaluation assesses the current state-of-affairs in the year of the audit, not for previous year(s).

The auditor makes the evaluation from the standpoint of an objective and independent observer.

In conducting the evaluation, the auditor may request documents and evidence upon which to base their findings and conclusions. This makes possible greater accuracy while enabling more focused recommendations.

The auditor may request participation from authors and reviewers in surveys, polls, and interviews upon their exclusive agreement to do so.

The auditor must maintain confidentiality and guarantee the anonymity of the participants, as well as protect their personally identifiable data.

Upon completion of the audit, the auditor must submit all collected documentation to the Editor in chief for archiving. They must permanently destroy all copies of these documents as well as all personal data of the participants.

Authors and reviewers may be approached by the auditor for participation in surveys, polls, and interviews upon their exclusive agreement to do so.

The results from the audit are used to devise and action plan for improvement.

9. Additional terms and conditions
The Auditor's work is unpaid.

During the evaluation period, the auditor executes his usual duties as a member of the Editorial board, who will be given full access to the procedures, processes and the communication involved in the auditing process.

Call for Nominations for the first Internal Audit round 2021 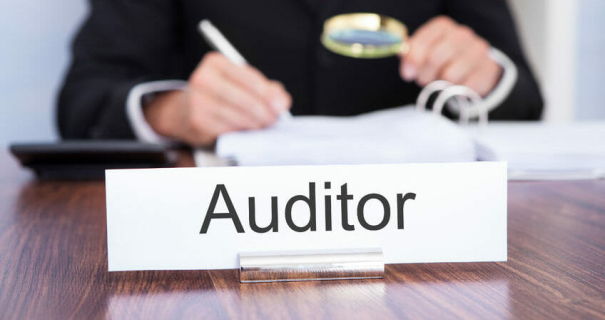